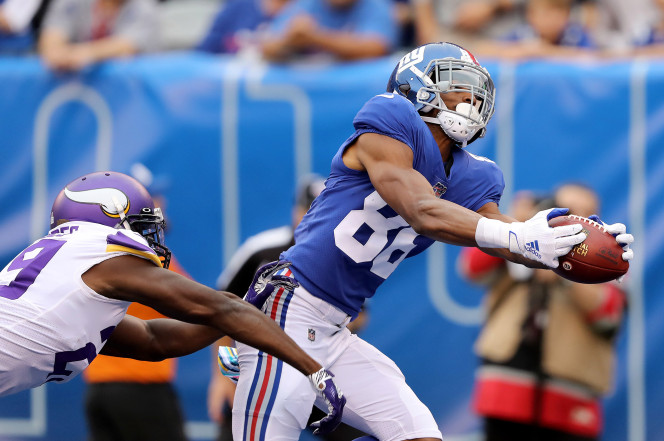 Who’s part of the solution?

The Giants capped another disappointing season at 4-12.  With three straight double-digit losing seasons in the books, it’s a good time to take a hard look at the roster and find out who should be in it for the long haul.

The purpose here to identify how many players the Giants have who  CLEARLY should be part of the future and can definitively help them win.  Just because a player is not mentioned does not mean I don’t believe they’ll be on the roster next season, but that questions remain about how much they can really help the Giants.   First we’ll look at the offense, with the defensive installment coming shortly.

This isn’t breaking any news, but the offense, at least on paper, has a pretty solid core of skill position players. Barkley and Jones are obvious core pieces. Jones has displayed impressive accuracy, can throw on the run, and can make defenses pay with his legs, something the Giants haven’t had at the quarterback position in decades.  Turnovers are something he clearly needs to clean up, but at this point, Jones has shown more than enough that he should have the opportunity to be the Giants quarterback in 2020.

Shepard, Tate, and Slayton make a nice trio of receivers for Jones to work with.  Dave Gettleman was criticized for signing Tate, but he’s a good security blanket for Jones and brings veteran leadership into the locker room.    A bigger-bodied deep threat type of receiver may be a good addition for this offense in free agency or the draft.

Evan Engram’s main issue has been staying healthy, but when is he on the field he’s an important weapon for Daniel Jones and can act as a great mismatch for opposing defenses to have to deal with.  Whoever the new head coach is needs to make a commitment to utilize Engram better and get the ball in his hands in space.

The Giants will have to decide whether or not to pick up Engram’s fifth-year option for the 2021 season this upcoming spring, which will give a good indication as to how they see Engram fitting into their future plans.  For now, a guy with this much talent on a roster depleted of difference-makers should be counted as a core piece.

As far as the offensive line goes, disappointing is an understatement.  Nate Solder and Will Hernandez may be the two most discouraging parts of the offensive line.  The left side of the line was supposed to bring stability but instead has brought anything but.  Solder has allowed 11 sacks, the second-most in the league, and Hernandez has shown more regression than progression in his second season.

Right Tackle Mike Remmers battled injuries and is an impending free agent.  Remmers is probably more of a stop-gap at right tackle than the long-term answer.  Center Jon Halapio just tore his Achilles in week 17 and is a restricted free agent in 2020.  The future of the center position is at best a bit murky.

Kevin Zeitler was clearly the Giants best offensive lineman.  He’s still one of the better guards across the league and acts as the sole foundational piece on this Giants offensive line.

Dave Gettleman completely rebuilt the offensive line in his two years as General Manager.  However, the results have been uninspiring.  When the right guard is the only quality piece of the line, that leaves a lot to be desired.  Don’t be surprised if Gettleman goes offensive tackle early in the draft, and that might not be the worst thing in the world.

So where does that leave us?  With 7 core pieces on the offense.  The skill position players are solid, while the bigger concern is that only one of those pieces is on the offensive line.  It looks like Gettleman will go into his third off-season as general manager with the line again being a top priority, along with the defense, of course.