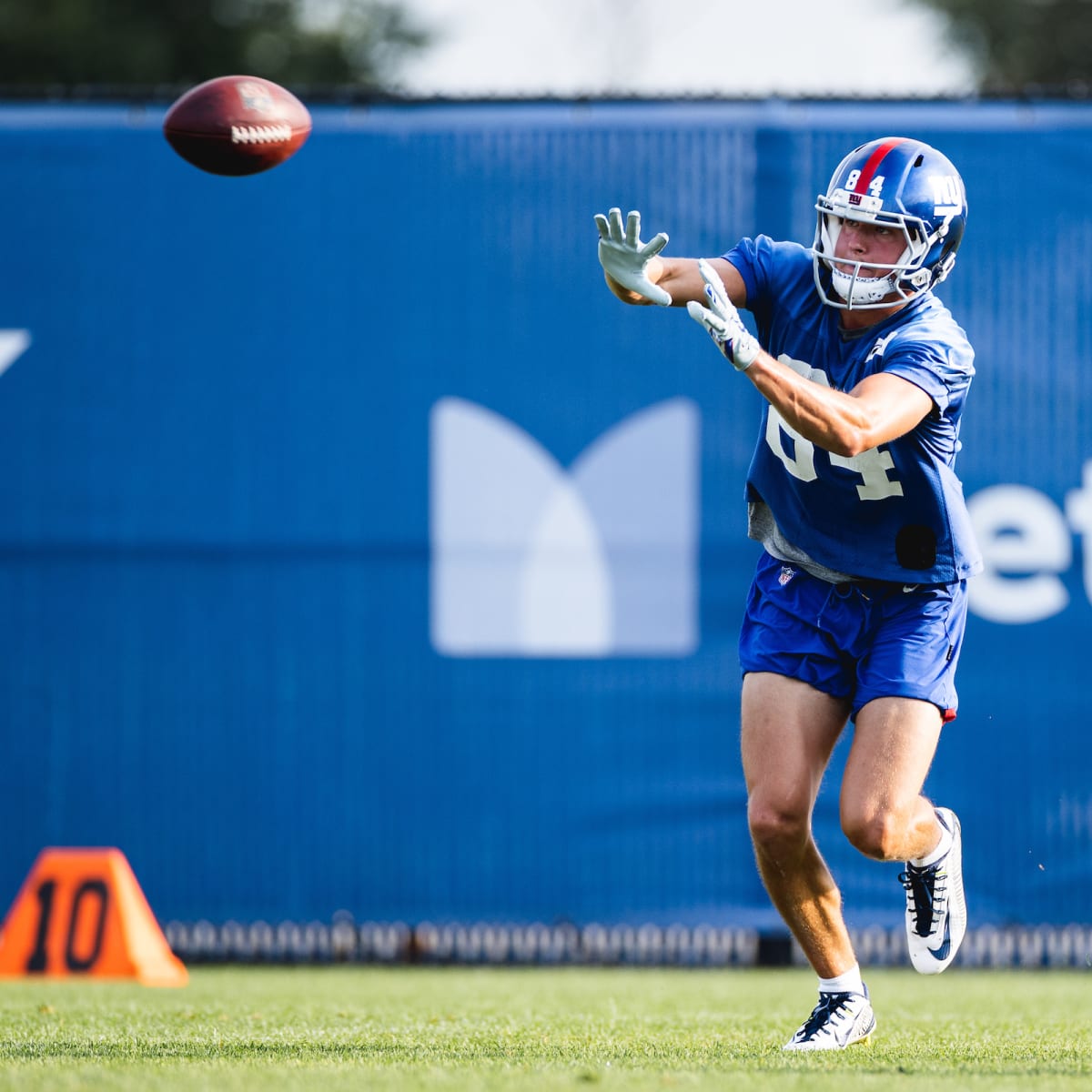 Over the course of eight years…David Sills the player and David Sills, the kid from Delaware has had a unique journey. His path to the NFL is anything but ordinary.

From a scholarship to USC even before taking a varsity snap, to sleeping on the couch of his former high school buddy, playing at El Camino College, and living out of the back of his car, Sills has now found a unique place in North Jersey which could be the final piece to the puzzle.

Unless you’re a college football junkie, a huge fan of West Virginia or USC you might not know David Sills is or that he’s going to make the roster for the New York Giants as a Wide Receiver.

In 8th Grade, Sills was so good at spinning the football that former USC head coach Lane Kiffin offered him a scholarship in 8th grade. He trained on the big stage, in front of the YouTube world, way before any kid is actually ready for it. Social Media put every game, every throw under the microscope…and as you know, social media opens you up to everybody and everything.

David’s parents developed an online school to offer student-athletes a place to showcase their talents to recruiters; however, without state accreditation, that opportunity died after three games bringing him back to his high school.

In 2013 Sills broke the knuckle of his throwing hand, changing his ball release and his journey as a big time QB forever. That perfect ball was no longer…perfect. Lane Kiffin was fired from USC, new head coach Steve Sarkisian said he would honor the scholarship but brought in a local star quarterback from Southern California by name of Sam Darnold.

Sills determined to play quarterback committed to West Virginia but found himself low on the depth chart. He ran the scout team at wide receiver. The team’s defensive backs — including NFL players Karl Joseph and Daryl Worley admitted how good Sills was at receiver. They were having trouble covering him in practice. Sills left anyway.

Determined to revive his college QB opportunities he transferred from West Virginia to El Camino College in Los Angeles. He slept on an old couch and his clothes stored in the trunk of his car to save space in his friends tiny apartment. The neighborhood was raw and filled with police sirens and drugs. As the season ended, no DI schools came calling, the window was closing.

Love of the Game:

In 2017 Sills still wanted to play Quarterback. Then something changed. His trainer, and family friend since David was 13 years old asked him a simple question.

“I asked him if it was more important to play quarterback or to play on Sundays,” Clarkson said. “I think that helped him change his mindset.”

West Virginia offered him his only opportunity, remembering him as a great scout team receiver. Sills returned to the east coast, lined up at receiver, bonded with Quarterback Will Grier and never looked back. The 6’3 210 lbs. former quarterback with the perfect throwing motion understood what quarterbacks were looking for. He knew how to run great routes, was deceptive, never tipping his hand to the DB’s, smooth in and out of breaks and the results showed

In 2019, Sills was signed to the Giants practice squad, then moved to the active roster in December; as a result, the media started calling Sills “a rep stealers” as he grabbed as many reps as possible during the 2020 training camp. Sadly, Sills was placed on the IR after fracturing his foot during training camp.

Joe Judge, and Jason Garret liked what they saw. GM, Dave Gettleman offered Sills a contract extension with the team on January 7, 2021. Sills has a great chance of making the team as the 5th receiver, especially Ross always injuried.