Solder Opts Out: What’s the Next Move at Left Tackle 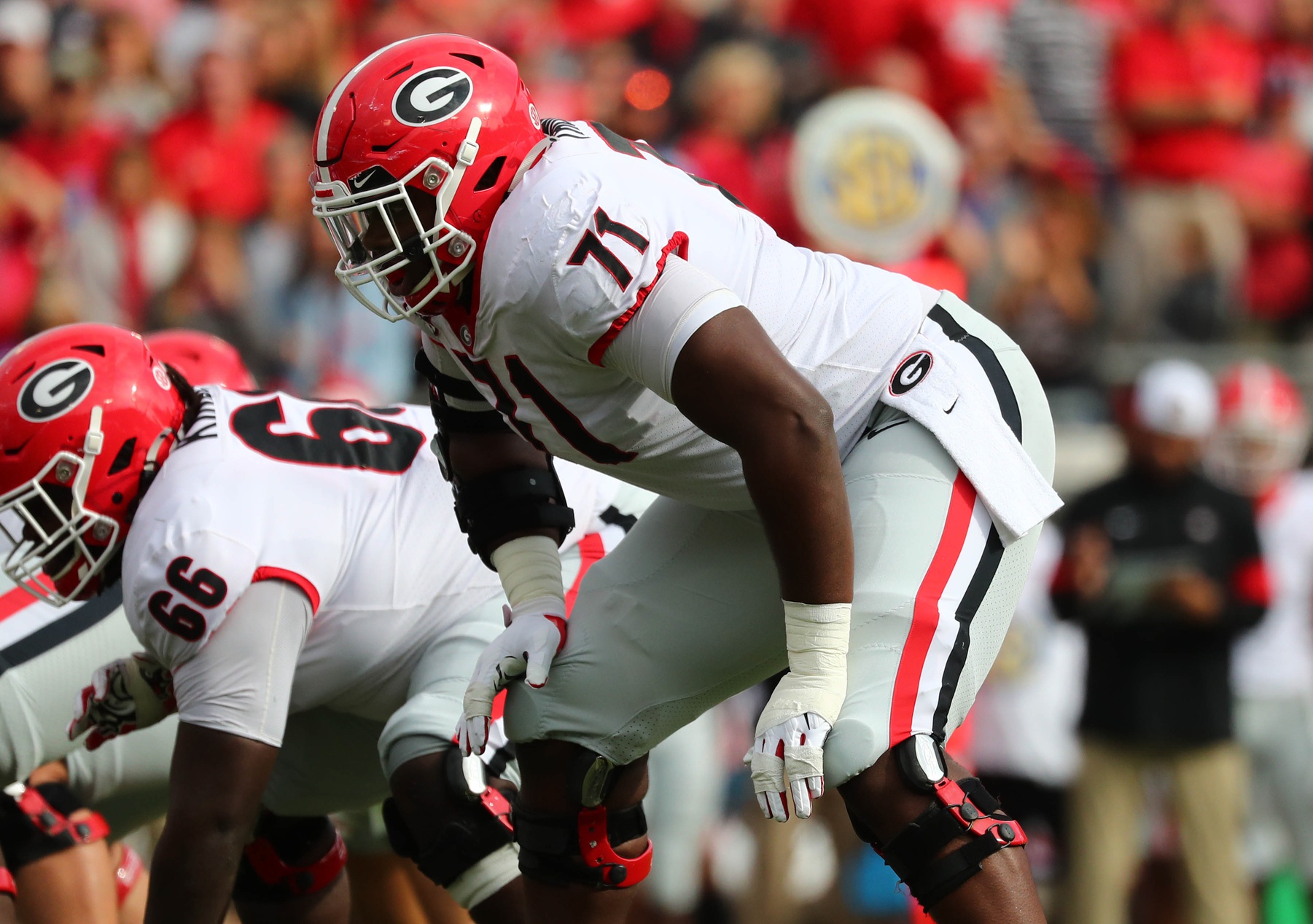 Nate Solder has opted out of his 2020 season. This was 100% the right course of action for him and his family.

So what is the next move to solidify the offensive line for the 2020 New York Giants? New head coach Joe Judge has had a plate full to handle already in his short tenure at the helm.

The big question today is what do the Giants do at Left Tackle. Originally the talk amongst the fans and analysts has been what to do at the right tackle. Now a new topic is front and center.

Who to start at Left Tackle?

Cameron Fleming which was recently signed in Free Agency can play left tackle. He has been in the league for 7 years and was originally drafted by the Pats in 2014. The former Stanford tackle is 6’5 | 320 lbs. He played 4 seasons for the Pats and 2 seasons for the Cowboys.

He was originally signed to replace Mike Remmers at the right tackle; however, was also thought to be a great back up for Solder. That was before the draft.

Pros: Judge, Garrett, and O-line coach, Marc Columbo know him well and what he is capable of doing.

Cons: He has never started more than seven games in his career.

The theory of staring a rookie at left tackle in the NFL has worked out for some teams. Some left tackles just are ready. Ready for the grind, the game speed and the array of edge rushers that want to rip thier heads off.

Some left tackles take longer than expected and some, like Ereck Flower just never become ready. They lack the technique, the mental toughness and have a low ceiling so they never really make the jump to what needs to be done.

No one knows what type of player Andrew Thomas is. We have high hopes and of course he has high expectations. However, with the lack of OTA’s, mini camp’s, pre-season and the fact that the current CBA doesn’t allow anyone to “hit” anyone…his preparations is expected to be a bit delayed. Oh course…no fault of his.

The smart solution: Start Fleming for the first 2 to 4 games. Let Thomas take as many reps in practice as possible. Let him digest the playbook and have a few weeks of the grind under his belt. Ideally, the best game to start him would be week six vs. Washington. I’m not sure Fleming can match up with the talent the Giants will face in the 1st five weeks; however, throwing Thomas out there with little to no preparation only seems like it could hurt long term.

Confidence in the NFL goes a long way and throwing Thomas to wolves doesn’t make sense in the big picture.

Nick Gates will go head to head with rookie 3rd round pick Matt Peart. Gates is favored to win this battle, purely on the fact that Peart has lot to accomplish in a short period of time to start in the NFL. Peart has not faced the type of competition that will be thrown at him.

Peart is 6’5″ 310 from UConn and was born in Jamaica. He has an excellent long reach and could stand to bulk up as the year progresses. He was a multi sports high school star playing lacrosse, track and basketball. Started at tackle his senior year of high school as he switched from DE to OT.

Cons: Peart’s lateral movement is not great and with the lack of experience, shortened practice time, and no pre-season, Peart becomes much more of a project than expected. Gates will start.