NY Giants Win: Rant & Rave Monkey Off Your Back Edition 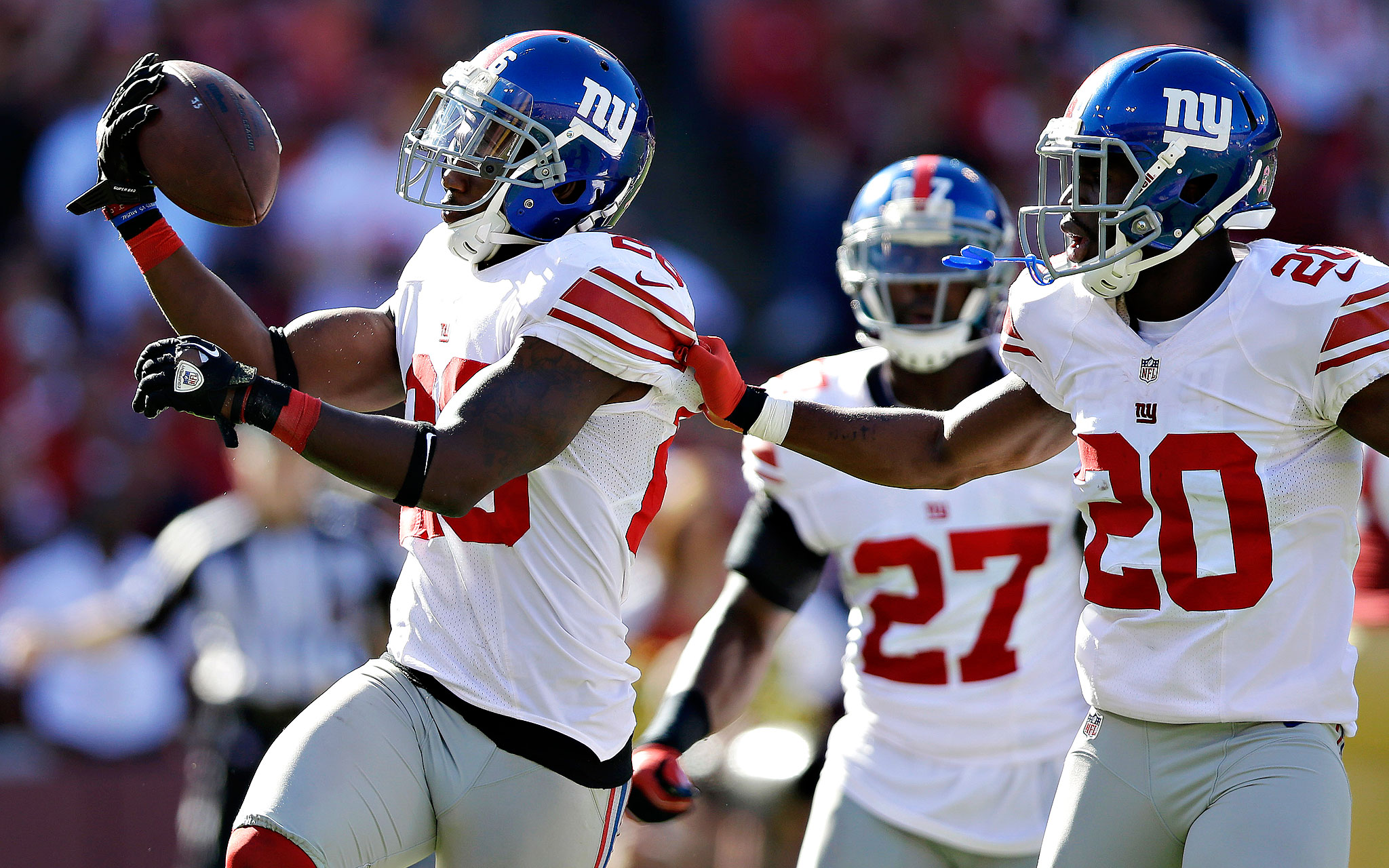 The Giants Win!   That feels good…but just for a second.   Monday’s game had a ton of drama going on between the lines even if your were bored to tears.

Two Super Bowl MVP’s later and you would think the quarterback would be this teams saving grace.  Eli Manning has taken a huge step back this year and it’s disappointing.   His rookie bad habits have resurfaced and his “don’t hit me” attitude is on display.  His feet are way too happy as he has forgotten to stand in the pocket and step up.   His accuracy has disappeared as he missed a wide open Hakeem Nicks in the end zone and overall his decisions are bad.  Even his touchdown pass to Randle was in the wrong place.

Peyton Hillis wanted to take advantage of his opportunity and he did.   He chalked up 81 yards and a touchdown.  On a team that lacks playmakers his “all purpose” yards were appreciated and his ability to run a swing route becoming Eli’s safety value was a key to Monday’s game.  He ran hard, laying the wood on a few defensive backs and was impressive in the blocking game.  He is running behind a make shift line; however, his legs are fresh.   He could make the frequently injured Andre Brown expendable.

College defensive football players should switch to offensive early on in their careers because the NFL has made it almost impossible to play defense.  Prince Amukamara received two totally bogus penalties on Monday which left me scratching my head, especially the pass interference call down the sideline where the replay showed absolutely no contact on a much bigger receiver.  Second bad call was the “unnecessary roughness” call on Strong Safety Antrel Rolle when the Vikings receiver made a reception and slipped backwards falling to the field turf.  Standing up it would have been a totally legal hit; however, Rolle caught the crown of the helmet as the receiver went down.  It was obvious it was not intentional as he blasted Prince Amukamara right in the facemask when he missed the falling receiver.

Antrel Rolle was all over the field.  He played special teams, he had a handful of key tackles, utilized his speed to provide great coverage on a few deep passes and had an interception with a nice return.  It might be hard to keep Antrel Rolle on this team due to his hefty price tag; however, it hard to deny his ability and his importance to this team.  Hopefully he can restructure and Rolle can be put back at his natural position(playmaker). Will Hill and Stevie Brown are keepers and Ryan Mundy is a tackling machine, but No. 26 showed his worth on Monday..its the price tag that might hurt him moving forward.

Kevin Gilbride still stinks.    The Giants won two Superbowls despite his pathetic play calling and Monday it reared its ugly head again.  The Giants recovered a fumble with 12 minutes left play in the 4th quarter.  Big Blue was ahead 20 to 7 and running the clock down should have been the goal.  Instead, Gilbride ran Hillis for no gain and called for two pass plays?   Both passes were incomplete & resulted in a field goal.

Total time of possession = 1 minute. With 2 minutes left to play…the Giants could not get a first down and were forced to punt.  A good opponent would make you pay for leaving that type of time on the clock.

Justin Tuck and the front four had a nice game.  Chalk up another great running back that has been shut down by Tuck, Joseph, Jenkins, Patterson and Rodgers.  For all the Tuck haters, No.91 showed that he still has game.   Is his burst gone…possiblly, yet Justin Tuck plays the run just as good as anyone on the roster.  If Coughlin and Fewell will take the training wheels off Demontre Moore you might also see a different result from the captain.

Monday night was his best game since Dallas and Tuck showed that he can still get it done.

Has one seen Mathias Kiwanuka?  He has disappeared.  Career low in tackles and sacks.  The once important cog on the defense has either been lost in the scheme or potentially is hurt…but Kiwi is missing in action and it’s a shame.

David Baas has been put on IR with a torn knee.   This is Cordle’s time to shine and show that he belongs.   This move should also be the end for David Baas as a Giant; yet, it is the youth movement that was so desperately needed.  If Cordle can anchor the middle that would allow the Giants some flexibility with their future plans.  Cordle played most of the game but still needs to get a better push in the run game.  Perhaps some coaching and guidance from Snee, Boothe and Diehl might be needed.

The Special Teams are terrible.  It’s obvious that the Giants do not have enough young, hungry playmakers on the bench.   The kick off team is showcasing Rolle, Willaims, Paysinger and Kiwanuka…all starters looking to conserve energy.  Guys like Cooper Taylor , Robinson and Jayron Hosley need to get out of the training room and on the field.

Herzlich, Donnell and Charles James need to make an impact and it’s time to reevaluate Zack DeOssie.  He has missed a huge tackle in every game this year including the big return for a TD on Monday.   There are other people who can snap a football.