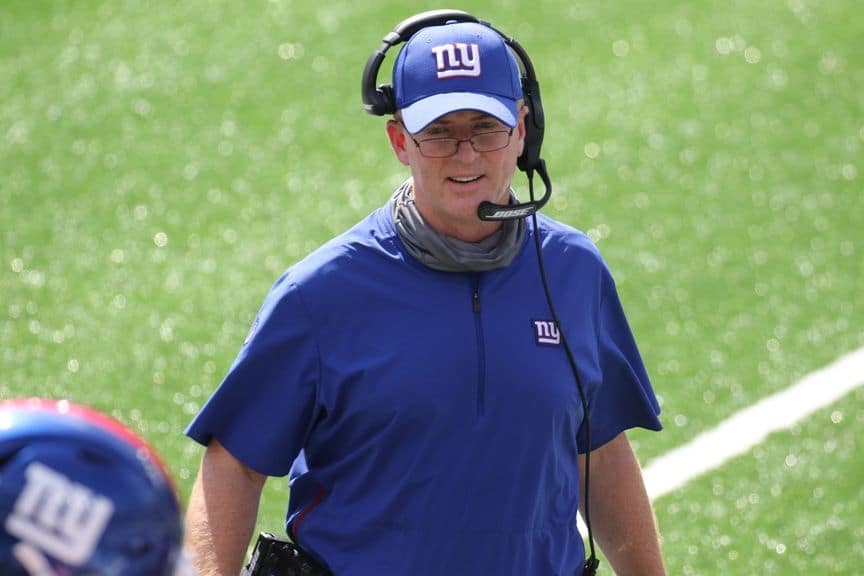 Everyone’s gone crazy.  That is what tends to happen this time of year, as the best teams continue on in the playoffs and the rest of the league looks to make coaching changes, prepare for free agency, and the NFL draft. With that, bold statements are made from every fan base – here are some of the recent topics that I’ve got to chime in on.

1) The Giants shouldn’t take Pitts because they have Evan Engram, and value says it’s too high to take a TE.

I love this one. Pitts can come in and be a dynamic weapon for Daniel Jones.  This pick allows the Giants to either send Engram on his way or use him and Pitts to give defenses FITS. It’s ridiculous to say that Big Blue shouldn’t consider the Florida Gator at 11. Maybe the competition would do him Engram good.

I think Garret would be the first to tell you the offense had a bad year. But he was a head coach for the last decade, and now is heading into a 2nd year as a Coordinator. He’s had a season to fully understand what Daniel Jones does well and they can build on that together. Ron Rivera/Tom Coughlin/Jimmy Johnson/John Fox/Jon Gruden/Mike Shanahan/Doug Pederson/Dick Vermeil: Jason Garrett has better win % as HC than all of them, just some perspective. People don’t realize Garrett won 60% of his games & that’s including a 4-12 year that Romo was hurt.  The guy can coach.

This is flat out incorrect.  People need to understand that there are nuances within contract extensions, restructured deals, and player cuts, all of which affect the salary cap number. The Gmen will be able to sign 1, and maybe multiple quality players depending on what they do with Leonard Williams, Davlin Tomlinson, and the rest of their own free agents.

4) This one isn’t Big Blue related, but we just saw CHAMPIONSHIP SUNDAY. One story line according to some, is that of the 4 starting QBs, Tom Brady needed this the most for his legacy.

You can’t deny that Tom Brady making his 10th Super Bowl is huge. He is a 43 year old QB, in a new conference, with a new franchise, and without Bill Belichick. But it’s not Brady who needed the win most, his legacy could certainly be enhanced but losing the game wasn’t going to hurt him. It wasn’t Mahomes either, he’s 25 and already has an MVP and a SuperBowl on his resume. Josh Allen is just tasting a deep playoff run for the first time.

That leaves Aaron Rodgers. This game was absolutely crucial for his legacy. With the loss, he is 11-9 in the playoffs and 1-4 in NFC Championship games. In Championship games he has a rating near 80, which is more than 20 points lower than his career average QB Rating. He has 9 TDs, and 8 picks in NFC Championship matchups, and let’s be honest – He seems to have a knack for losing as a favorite at Lambeau Field. The guy will make the HOF, but at the end of his career if he’s only appeared in 1 Super Bowl, it’s going to be hard to put him ahead of some of the other all-time greats. Rodgers needed this one.

Those are my Fresh Takes for the week.