The Giants Ojulari Delivers As A Rookie 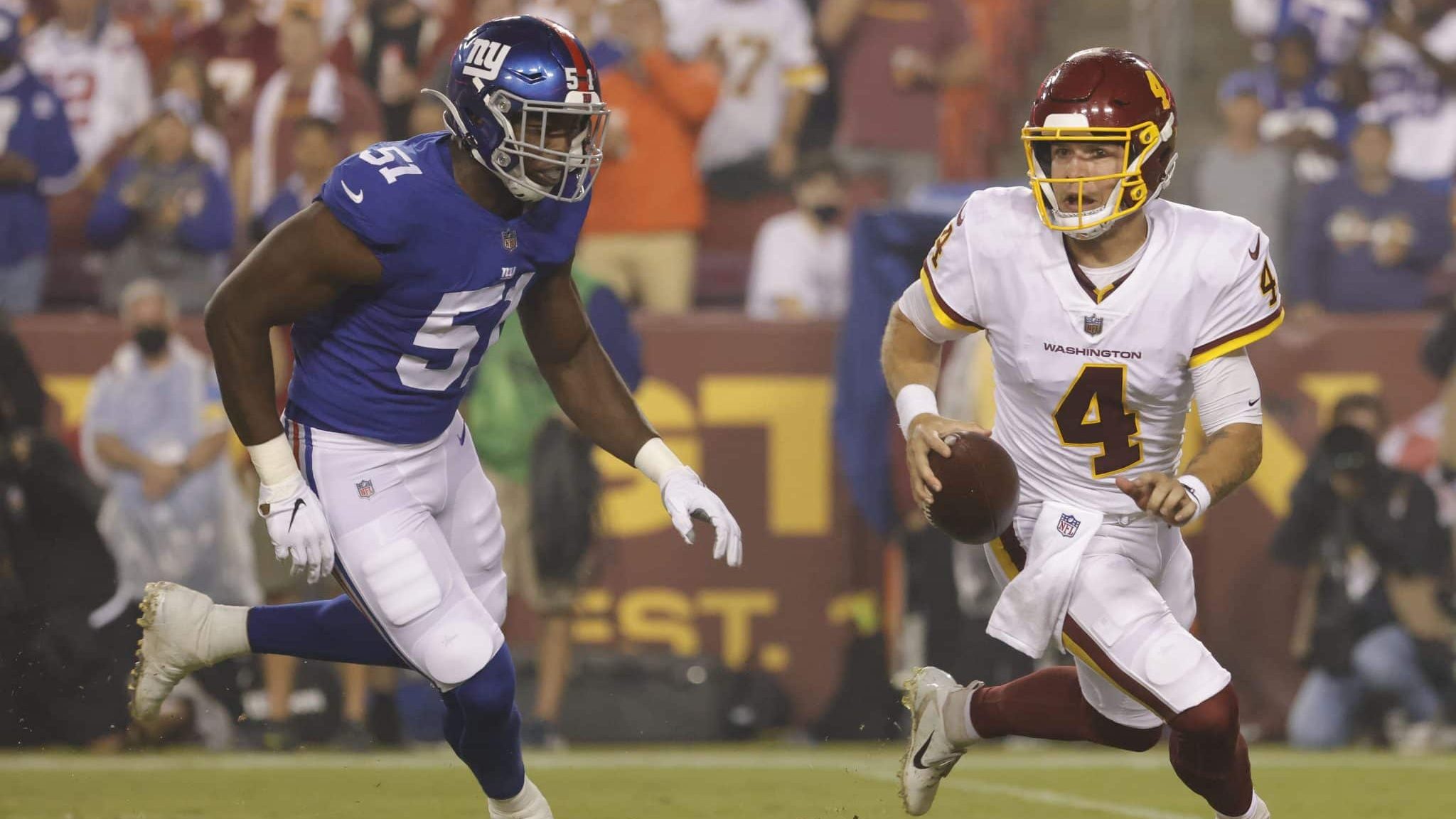 I really don’t know how much NFL coaches actually influence today’s players when it comes to technique after they are drafted. However, where the NFL does make its money is how they transform rookies into 2nd-year studs.

That first season as a player is overwhelming. Finding a place to live, finances, learning a monster playbook, learning good training and eating habits, and how to take care of your body, just to name a few.

With all the drama surrounding the Giants and their front office one rookie defensive player stood out in a sea of blown coverage and missed opportunities. We spotlight Azeez Ojulari.

Ojulari was drafted in the 2nd round from Georgia and was thought to be a first-round pick. As a former teammate of Andrew Thomas, he was easily snapped up in the 2nd round.

Where is the Dominate Pass Rush

The Giants had high hopes for Lorenzo Carter, and Oshane Ximines, who were both healthy and coming off injuries in 2020 season. Ximines had not had a sack since his rookie year in 2019 where he racked up 4.5 sacks. That plan never worked out, as both players were unhealthy most of the year, but on the rare occasion they were on the field, flashes were rarely seen.

Ojulari showcases very quick hands and has the unique ability to bend at the waist to get around offensive lineman. His first off-season will allow Azeez to become bigger and stronger for year two. Hopefully, Patrick Graham is retained from the Joe Judge tenure. Graham increased Ojulari snaps as the season went on. Most rookies do experience some fatigue as the NFL season is a minimum of 4 weeks longer than the NCAA.

Sadly, there was not enough help to actually spark any defensive momentum and the thirty (30) sacks showed it. Leonard Williams and Ojulari were 50% of the entire team’s sacks for the 2021 season.

Currently, Azeez has room to grow. Yes, he can increase size and strength; however, his biggest opportunity for growth comes when playing the run. Currently, if the play isn’t to his side he tends to hit neutral. Increased strength will help him set the edge, and kick the ball carrier inside; however, learning how to pursue from the backside will dramatically project him into the conversation as a complete player.