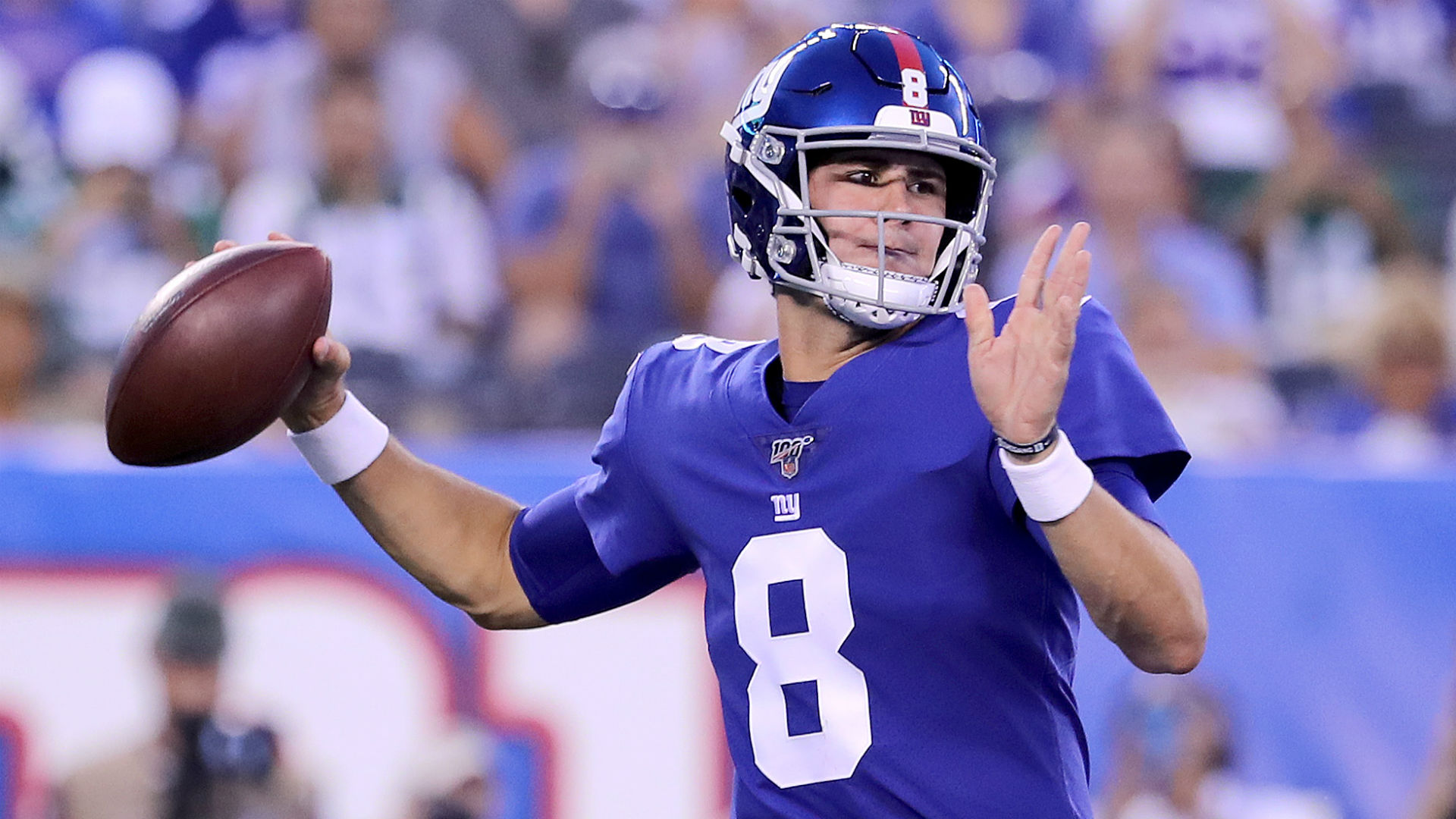 The Giants got beat up in front of their home crowd by Minnesota 28-10 on Sunday.  The Vikings defense features impact players on all 3 levels.

Everson Griffin’s pass-rushing gave Nate Solder issues, Anthony Barr was all over the field and is a star at linebacker, and in the secondary Harrison Smith has been one of the better safeties in the league.  It was easily the hardest test for Daniel Jones in just his 3rd game as the Big Blue starter.

– Jones was 21-38 for 182 yards, a TD and a pick.  He was sacked 4 times and had 3 rushing attempts for 12 yards.  He played better than the stats would indicate, standing tall in the pocket in the face of heavy pressure and taking some big hits.  His wide outs, specifically Sterling Shepard and Evan Engram, didn’t help him out much – they missed a few that would’ve made the stats look better.

– The two plays that Jones wants back that stand out were the missed touchdowns.  Both were to Shepard, one early in the game down the right sideline.  He was wide open but Jones took a big hit as he released the ball and the pass was beyond the reach of Shepard’s hands.  The other was the high pass in the back of the end zone that didn’t allow Shepard to come down in bounds.

– The touchdown to rookie Darius Slayton was beautiful.  Coverage was tight and Jones dropped the ball right over corner Xavier Rhodes.  3rd downs were another bright spot for Jones as the offense was 8-16.  Although only scoring 10 points, the Giants were deep in Viking territory on a few occasions and just couldn’t close the deal.  On 4th and 12 with about 9 minutes to go in the game, Jones put a ball in Sterling Shepard‘s chest in the endzone that would’ve made things interesting but Shepard couldn’t haul it in.  There was also a seam route that he threaded the needle to Engram in that 4th quarter – That pass hit him in the hands before falling incomplete.

– There was a feeling in the 4th quarter that although the Giants were not meant to win this game, it wasn’t because of Jones.  He was putting the ball where it needed to be with all else around him failing.  Between the spotty pass protection, dropped passes, and the fact that the Giants were without their top two running backs, they were 1-dimensional against one of the best defenses in the NFL.  With all that though Jones didn’t fold.

In just a few days the Gmen head to New England for a Thursday night clash with the Patriots – hopefully, Saquon Barkley is back in action.  Either way, it doesn’t get any easier for DJ.