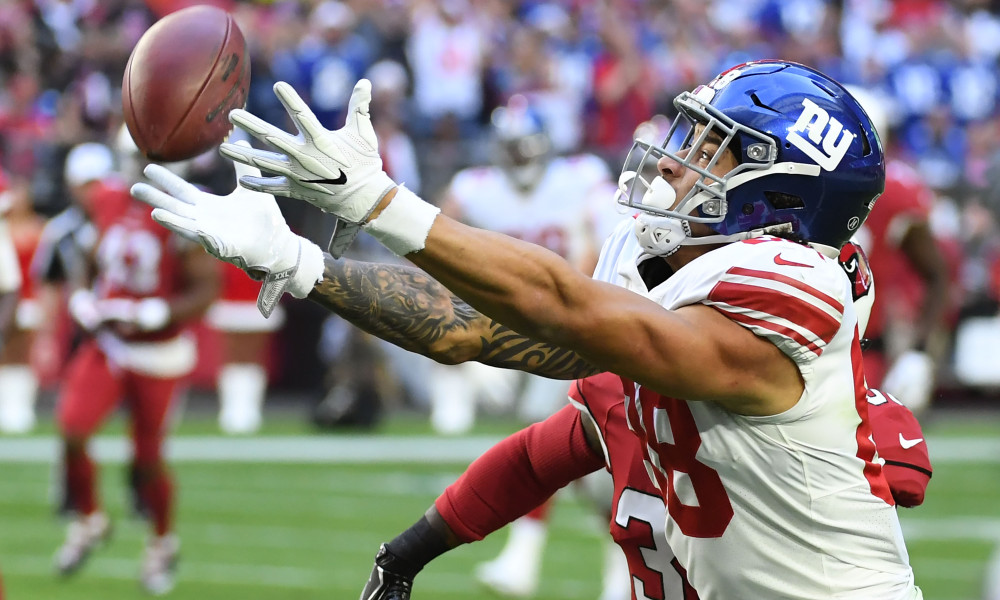 As the other sports are on hold during the pandemic, the NFL offseason has certainly been keeping us engaged.  The New York Football Giants in 2020 will have some familiar faces, but new Head Coach Joe Judge’s fingerprints will be all over this roster.

Judge and GM Dave Gettleman have tweaked the personnel and Michael Stewart outlines the Giant’s free agency signings nicely here.  The Giants will also aim to improve the product they put on the field for the 2020 season with the upcoming draft (See our mock: https://www.nygiantsrush.com/ny-giants/2020-nfl-draft-1st-edition-mock-draft/)

When all is said and done there will be games to play and something to prove for many.  Here are 3 potential breakout players for 2020. These individuals will go a long way in determining whether the year is a success or not.

The 6’5” 250 pound linebacker is entering year 3 as a professional.   He was a 3rd round pick out of Georgia 2 years ago, is 24 years old, and many people have looked at his sophomore slump as a reason to discount the flashes he showed as a rookie.

He had 4 sacks as a rookie and 4.5 in 2019 with considerably more playing time.  I fully expect him to exceed his career total in 2 seasons of 8.5 sacks this year. That’s right, look for Carter to have double-digit sacks.  When Joe Judge proclaims that his staff will utilize each players talents instead of focusing on what they can’t do, I immediately think of former coach James Bettcher using Carter in pass coverage.

A physical specimen, Evan Engram has failed to top his rookie campaign of 64 catches, 722 yards, and 6 TDs in either of the past 2 seasons.  Injuries, inconsistent play, drops, overall team struggles, and whatever you want to pin it on, Engram is in a make or break year.

Can the former 1st round pick put it all together in 2020?  Here’s why the answer is a resounding YES. First off Daniel Jones in year 2 is primed to take a step forward delivering the ball to his Tight End.  He’s also in a contract season which cannot be overlooked.  It’s now…or never.

The biggest impact though will be new Offensive Coordinator Jason Garrett. Giants’ nation knows all too well how many times Jason Witten torched Big Blue defenses for the last decade and more. There is no better guy to get the most of Engram than Garrett.  Garret will use Engram as a matchup nightmare against the four 4 worst defenses against tight ends that are on the Giant schedule: Arizona, Cleveland, Seattle, and Washington.  Having Landon Collins trying to cover Engram in 2 games this season will be fun.

Love, who just turned 22 last week, was drafted in the 4th round last year out of Notre Dame.  He saw action late in his rookie season once Jabrill Peppers went down, and his play had many people wondering how he lasted until round 4 and why he sat the bench for 10 week.

As our good friend John Fennelly points out here: https://www.google.com/amp/s/giantswire.usatoday.com/2020/02/07/new-york-giants-julian-love-expected-to-make-jump-in-year-two/amp/

Some believe he’s an “ascending” player.  With Peppers back, Antoine Bethea gone, fellow 2019 rookie DeAndre Baker, and new free-agent addition cornerback James Bradberry in the fold…Love will be a stand out player. Look for him to have big games against the inexperienced QBs: Washington (Haskins?), Arizona (Murray), and Cincinnati (Joe Burrows?).

Other players that could have significant leaps this season Oshane Ximines, and Dexter Lawrence.