Coaches and QB’s Go Together: Pat Shurmur is Lost 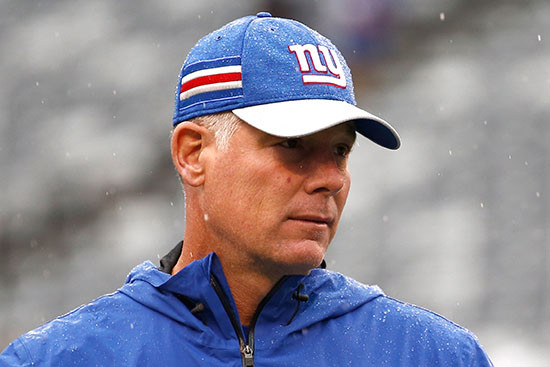 What is the “constant” with winning NFL teams?   Coach and Quarterback.  BAM!

At this stage, Eli Manning will never have that.   He had it with Tom Coughlin and despite years of inept player personnel moves from former Giants General Manager, Jerry Reese…they won two Superbowls.

Last night was very discouraging.  The Giants fans had high expectations of this year and they were warranted.  The hiring of Pat Shurmur seemed like a good fit regardless if he was the Giants 1st choice or not.   It’s possible I am in the minority; however, I thought with all the head coaching experience Pat Shurmur had he would come out firing on all cylinders.   Yes, there is a curve for new playbook, new schemes, and new personnel but 6 games into the season Shurmur looks in over his head.

Where McAdoo never had a pulse of the team and was disconnected from his players, Shurmur excels.   It’s the tactical execution that he seems to come up short.  Shurmur and his Offensive Coordinator Mike Shula always seem to be behind the eight ball.   Don’t get me wrong there are spurts.  For example, the screen to Beckham and the toss back to Barkley for a TD was genius.  But for the most part, it’s conservative and predictable.

The offensive scheme is mired in wide receiver screens, running back screens, six-yard drag routes, slants and power running.  At this point, Barkley is a one-man show.

While the check downs are completely on Eli Manning and his lack of effort to step UP in the pocket and throw the ball downfield, the rest of the vertical strategy is pathetic.  In the second quarter down 24-6.   Eli? Shurmur? Shula?   Finally went deep to…Cody Latimer and J. Davis?   Who?!

The New York Giants had a “must win” game.  Good players or bad players, you would think Shurmur would pull out all the stops to win, looked like a coach that is up for the challenge and can adjust on the fly while motivating the players.    There was no effort to catch Philly off guard and they got pasted for it.  The coach and QB go hand in hand and the ship is sinking w below mediocre game plans.