The Giants 2017 Schedule is Brutal 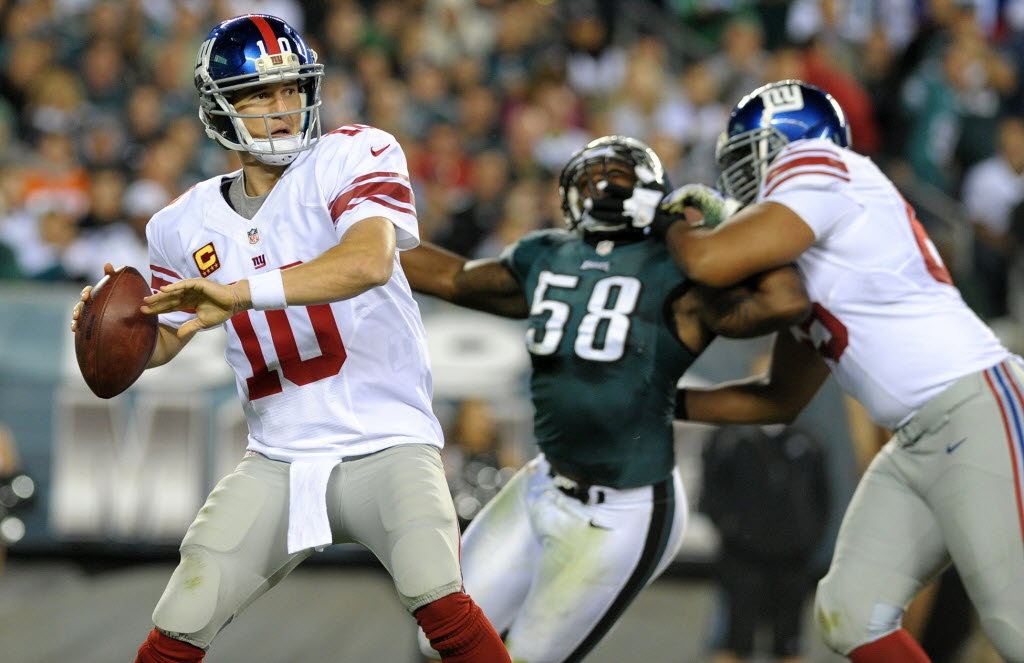 The Giants 2017 Schedule is Brutal

It’s draft week now, but the 2017 schedule has been out for a few days and the initial shock of it has calmed down a bit…so let’s take a level-headed look at Big Blue’s 2017 regular season schedule.

This year will be tough, for both the players and the fans. Obviously opening up with Dallas is as expected.  Death, taxes, traffic on the Garden State Parkway, and the Giants playing Dallas week 1, all certainties in life.  Follow that up with another primetime game, the home opener on Monday Night Football against Detroit.   Nothing like easing into the season.

Quarterback Matthew Stafford and the Lions will be looking for a hot start after losing 4 straight to end 2016, including getting dominated by the Seahawks in their wild card game.

After that the Giants go to Philly and Tampa Bay before the San Diego/LA Chargers come to MetLife.  All very winnable game, although playing in Philly is always tough and the Giants do not always fair well.  However, the new and improved defense matches up very favorably against those 3 offenses. The Giants could be looking at a 4 & 1 record.

Then the season get real tough. Going to Denver for Sunday Night Football to play Broncos is never easy.  Sure Denver missed the playoffs last year but playing at Mile High is never a walk in the park. However you would think that John Elway would have figured out the Broncos’ QB issue by kick off.

The trip to Denver is followed by the Seahawks at home.  Since Eli was drafted in 2004, the Giants are only 2 and 5 against the Seahawks.  The only silver lining with this game is that it’s at home, and the bye week follows. The Giants could be 5 & 2 at the break.

Might as well be 3 bye weeks because after the bye the G-Men have the 49ers and the Rams. Trap games? Maybe, but for now let’s look at them for what they are, games the Giants should win.

The Kansas City Chiefs are up next and should play a physical fast paced game. Another game lucky to have at home because Kansas City is one of the hardest places to play. I think the Giants match up well, but Andy Reid has had his way with the Giants.

The Thanksgiving night game can either be best or the worst game of the year for the fans. You’re tired from stuffing your face with turkey when 8:30pm rolls around.  You fight to stay awake as our beloved Giants kick off against the Redskins in Washington. A win here is huge for not only the season but for personal morale after a battle to stay awake for all four quarters, at least Friday is a day off afterwards.  The Giants could be 8 & 3 at this point.

Then comes the second tough 2 game stretch. Going to the black hole to play the Raiders, then Dallas comes around for the second time at home. Hopefully the defense gives Derek Carr tough looks or he will beat you.  As good as he is, Carr is still young and I like the Giants defense making things hard for him. After that let’s hope Dak Prescott is still wondering what it feels like to leave New York with a win. The Giants could be 9 & 4 at this stage.

The last 3 games are all against teams who should have a lot to play for.  The Eagles will try to play the role of spoiler and hurt the Giants playoff chances with a battle at Metlife Stadium. Arizona Cardinals will be fighting for a playoff spot on Christmas Eve just like Big Blue. But traveling on the christmas holiday could be an uphill battle.  Another tough game on a holiday but the best Christmas gift I can get is a Giants win.

Week 17 taking on Washington will probably be a win and in-game, but maybe, just maybe the Giants will have clinched a playoff spot by then, only time will tell.  I could see the Giants at 11 & 5.

All in all the schedule is tough but nothing ever comes easy in the NFL. If the Giants play their game, the defense stays stout and Eli gets the offense on track, there would be no reason the Giants can’t win the division or at least snag a wild card spot. Next up is the draft, time to grab some playmakers that help send Big Blue to Minneapolis for the Super Bowl on February 4th.