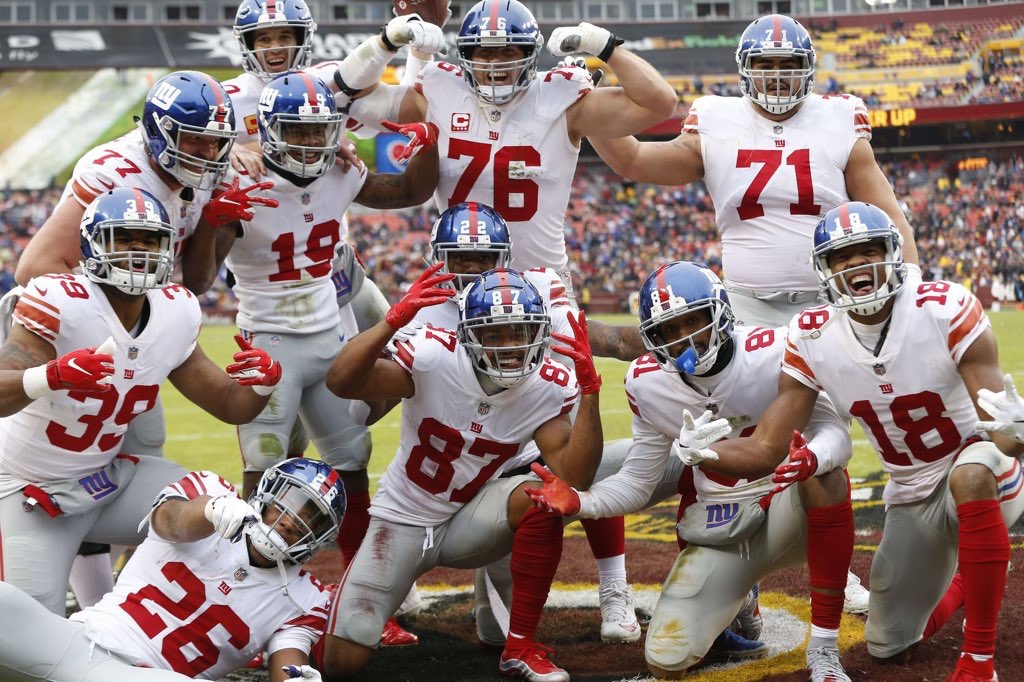 Eli Manning has now lead the NY Giants to four wins in their last five games.  They dismantled the Redskins in Washington as they put up 27 points in the second quarter.

Manning was 14-22 for 197 yards and 3 scores.  He relied heavily on Saquon Barkley’s dazzling performance.  Over the last month, Eli has proven that with good pass protection and a formidable ground attack, he can still win games.  With or without all-world wideout Odell Beckham JR., Manning can get the job done.

On Sunday Manning and the New York Giants were without star receiver Odell Beckham (Quad).  To make up for the loss, Manning spread the ball around nicely targeting 7 different receivers.  It is understandable that Manning does force the ball to his star receiver, as no one in NFL is more dynamic with the ball in hands.  On Sunday, Eli went to work scanning the field, taking what the defense gave him.

Eli showed the skeptics his arm strength and accuracy when he dropped a dime between the safety and the corner to Corey Coleman on the left sideline for 30 yards.  It was a pass that only a handful of QBs can make.  His touchdown passes to Sterling Shepard, Bennie Fowler, and Russell Shepard were all perfect reads as Eli and head coach Pat Shurmur executed flawlessly.  It may have taken a little longer than Big Blue fans had hoped, but Eli has been sharp since the bye week.

Eli still likes to force the ball.  His goal-line pass to Sterling Shepard should’ve been picked off.  Shepard made a great play by turning into a defender to save Manning from an INT; Other than that Eli cruised to a 40-0 lead after 3 quarters and earned the right to rest in the 4th.

Many fans were calling for Kyle Lauletta.  Everyone got a chance to see the rookie from Richmond.  He was 0-5 with an interception.  It actually confirmed my feeling that coach Shurmur has been right all along by not even dressing him.  You have to remember, these coaches see the players day in and day out, in practice and in the classroom. They know more about their development of the rookie QB than we ever will.

He’s a developmental late-round draft pick.  It wouldn’t have been fair to him if they threw him on the field earlier this season.

Eli had a very “workman” like dominating offensive performance.  With the emergence of Barkley as one of the leagues best backs and with efficient pass protection, Eli has been hot.  I expect him to finish the season strong and give the Giants hope that next season they can contend with most of this group.

Manning is also having some fun with this squad over the last few weeks.