A Wake-Up Call to Coach Judge: Enough is Enough 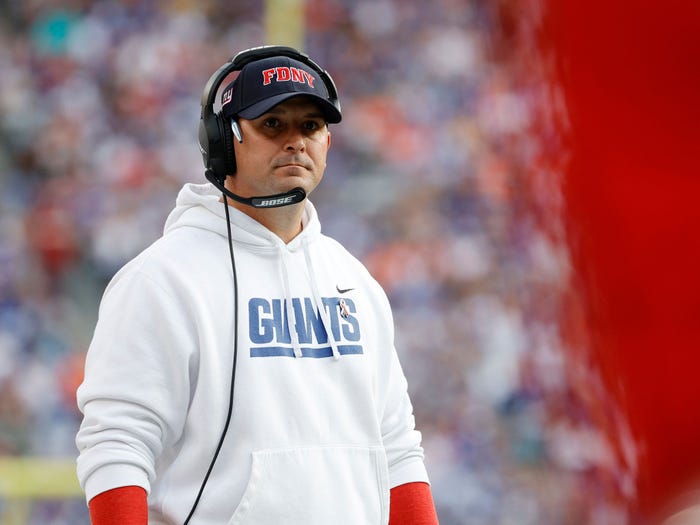 Being a Giants fan has not been fun for a decade.

Last Thursday night, the Giants lost a “heartbreaker” to the WFT. It was a rollercoaster ride of emotion that had you screaming and high-fiving your friends, but in the end…it was a “punch to the gut” with a penalty that never happened.

It took a few days to get over it. Twitter was quiet. At first, I had trouble recognizing why I was so disappointed. The Giants had been losing for a decade, so why was I so twisted? It took me to Wednesday and many conversations later to figure it out. Watching Jones carry the team on his back gave me…HOPE. I had forgotten what that felt like.

Any time you get a “punch in the gut”, it takes a few minutes for the spasm to stop and your chest cavity to fill back up with oxygen. Being able to breathe again, put things into perspective quickly.

Sunday’s loss to the Atlanta Falcons, on “Eli Day” was a “slap in the face”.

The fans deserve better. They pulled into Metlife Stadium at 8 am on Sunday, five hours before kick-off, each group with thousands of dollars of pre-pared food, cold beverages, and tailgate accessories. They wanted one last look at Eli Manning on the Metlife Turf, realizing you never know how good you have it…until it’s gone.

Instead…the New York Giants did nothing to entertain, fight, battle, or deliver “HOPE” to Giants fans anywhere. It was the same old story. The same story since 2012…and the fan base has had enough.

No pass rush. No explosive plays. No running game. No execution. No dominance. No discipline. No playmakers. No master plan. No adjustments. No passion. No pride.

I may be old school, but live by the statement, “If it ain’t broke, don’t fix it” or even better, “Run it until they stop it”.

The HoneyMoon is over. No more talk of people getting punched in the mouth, no more talk about giving the region something to be proud of. It’s all talk. You want us to believe in what you’re doing. Get results. Fire Garrett and go for it. #Firegarrettnow

The Giants fans would rather lose 35-0, than roll over and give up like you did today. Start with your Offensive Coordinator, he’s not the guy and is wasting Jones’ talent. If you can’t see it, don’t unpack your bags…you won’t be here long.