The Giants Finally Have Edge Competition 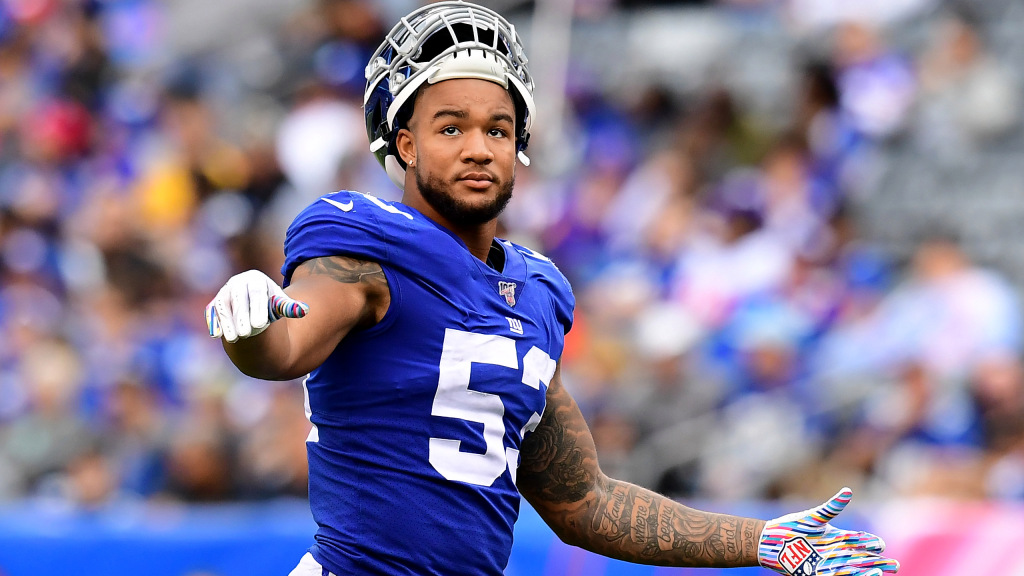 Once a position group that was bereft of talent (and bodies), the Outside Linebacker position, aka EDGE position, has now been bolstered with some talent through the NFL Draft and Free Agency.  The New York Giants, in looking to add to their Top 10 defense from last year, drafted Azeez Ojulari and Elerson Smith to go along with the newly signed Ryan Anderson.  These were all much-needed additions to one of the weakest position groups on the team.

Lorenzo Carter – In the four games before tearing his Achilles, Carter seemed to be coming into his own in 2020.  He only had one sack to show for it, but he was constantly in the backfield with 7 pressures and 3 hurries through 4 games.  When healthy, Carter is a talented player that can play the run and rush the passer.  The injury clouds things, but this is Year Four for Carter and he needs to show he can get back to his 2020 level if he wants to get a second contract with the Giants.

Oshane Ximines – The Queens native is going into Year 3 with a ton to prove.  Ximines registered 4.5 sacks in 2019 but put up a doughnut in 2020 before his season ended after 4 games (shoulder).  Coming out of Old Dominion, Oshane was a developmental project, but he is running out of time to prove his worth.  Ximines needs to stay on the field and become a legit pass-rushing threat if he wants to stick around.  Judge and Graham did not draft Ximines and he doesn’t play Special Teams, so he will need to ball out to make the roster.

Cam Brown – 2020 6th Round pick out of Penn State.  Showed some good things in limited snaps last year.  Mainly a Special Teamer, where he excelled in Kick Coverage, Brown also played in 93 snaps when the Giants were undermanned at OLB last year.  Brown chipped in 12 tackles, 3 QB Knock Downs and 4 Pressures in those limited snaps.  He needs to put on weight this offseason, but Brown is a versatile chess piece that will be part of the rotation in 2021.

Carter Coughlin – The Giants drafted Coughlin in the 7th Round last year, but Coughlin turned some heads to make the team and get some meaningful snaps in ’20.  It was thought he would exclusively be a Special Teamer to start out, but Coughlin played in 192 defensive snaps when the Giants lost all four of their Outside Linebackers.  Coughlin registered a sack and five pressures to go along with 17 tackles.  Coughlin will get over-exposed if he plays too many snaps, but he can be a pass-rush specialist for the Giants in ’21.

Ryan Anderson – Signed over from the Washington Football Team, Anderson simply had no spot on a new defense and behind a ton of talent in Washington.  Anderson can set the Edge in the run game and also has registered 6 sacks in limited snaps.  A second round pick out of Alabama, the Giants are hoping they have bought low on a talented player.

Honorable Mention – Niko Lalos – Flashed in limited snaps last year.  Has an uphill battle to make the roster in 2021.  Love the kid’s story and energy.

Azeez Ojulari – Ojulari fell into the Gettleman’s lap when he traded back to the 50th pick in the Second Round of the 2021 Draft.  Ojulari will step into the room and automatically become the team’s most talented pass rusher to start the season.  The Giants have not had a guy that can bend around the Edge like Ojulario since Osi was terrorizing Quarterbacks with his blazing speed.  Ojulari can also play the run and is a welcome addition to this position group.

Elerson Smith – Elerson Smith is a dynamic athlete out of Northern Iowa that registered 14 sacks the last time he played in 2019 (N. Iowa had their season cancelled in 2020).  Smith came into Northern Iowa as a 190 LB Tight End but was able to transform himself into one of the better pass rushers in the nation while putting on 70 pounds of mass.  As 6’6” former basketball player, Smith has more room to grow physically, and we will need to do so to succeed on the Edge in the NFL.  He has the athletic ability, get-off and length to become a successful Edge player with the right development.

The Giants needed a massive upgrade to the Edge position group.  They have added talent through the draft and now have a somewhat crowded room of young players with a lot to prove.  The Giants recorded 40 sacks last year with patch-work talent at the position last year.

With guys like Carter and Ximines coming back, Ojulari and Smith added through the draft, and Anderson added via Free Agency, this group could make the biggest leap of any position group on the team.  With a bolstered secondary, the Giants Edge group can make some big noise in 2021.

Pick Up: Play the Prop Below – It’s more than a side hustle @playpickup