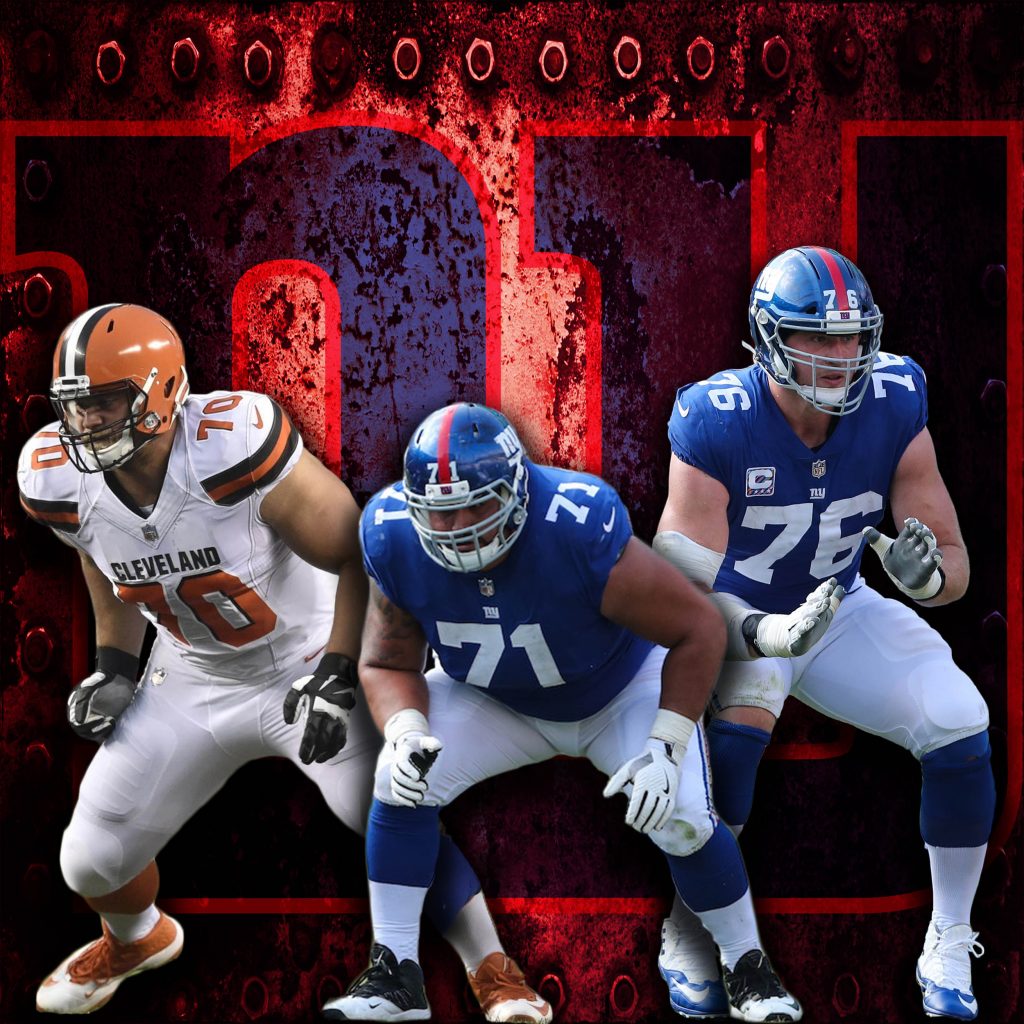 GM Dave Gettleman has finally addressed the offensive line with the selections of three linemen (Offensive tackles Andrew Thomas, Matt Peart and guard/center Shane Lemieux) in the 2020 NFL draft. Gettleman also signed OT Cameron Fleming through free agency and also added UDFA linemen Kyle Murphy out of Rhode Island who is extremely versatile having played every position on the offensive line and OT Tyler Haycraft out of Louisville.

Usually, most teams keep eight to nine linemen on the final roster, so that would leave 9 linemen competing for 3 or 4 spots. I would expect to see at least two on this list be added onto the practice squad and the rest released. At this time, the starting five are projected to be Solder, Hernandez, Pulley, Zeitler, and Thomas.

Rookie Shane Lemieux has been rumored to have been working on transitioning over to the center position along with Nick Gates, however; this is too early to project and with the current COVID-19 hindering preparation opportunities, it’s unclear if either Lemieux or Gates will have ample time to make the transition smoothly in 2020.

Final Thoughts: It’s not a stretch to think that with the addition of Head Coach Joe Judge and new Offensive Coordinator Jason Garrett that GM Dave Gettleman finally drafted multiple offensive linemen in this year’s draft; when he only drafted two during his first 2 drafts for the Giants.

Jason Garrett built a dominant offensive line in Dallas; which enabled his offense to be as productive as it could be last season, as the Cowboys had the number 1 offense in the NFL in terms of totals yards per game with 431.5. Over the next few months, I will be spotlighting certain Offensive lineman with more detailed analysis leading up to the start of the season.