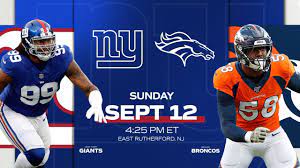 The Giants are getting very little respect from around the league in anticipation of the 2021 season.

I don’t remember an offseason where the general consensus from around the NFL was so low on the Giants.  Maybe I’m just paying more attention now than I ever have before.  I’m not here to tell you they’re all wrong.  I’m here to tell you that respect must be earned in this league.

The Giants have not won the NFC East in a decade, let that sink in.

They’ve only won the division 3 times in the last 20 years.

Imagine you were a fan of any other team in the NFL, how would you view the Giants?  Would you fear them?  Are you worried about your defense facing Daniel Jones?

This is a franchise that has not consistently produced winning teams.  Lately…we’ve hung our hat on two miraculous Super Bowl runs.  You can never take those away, but the Giants have not been a consistent playoff team or even close to that (Teams like the Packers, Seahawks, Steelers, etc are consistently competitive).

The Giants open up their season at home this Sunday against the Denver Broncos (5-11 in 2020).  They added NFL journeyman, Teddy Bridgewater, to their QB room and he beat out Drew Lock for the starting job.  Sunday will be Teddy’s first start in a Broncos uniform and he’ll be on the road.  Two weeks ago, nobody knew who the Broncos starting QB would be.

VEGAS: HAS THE GIANTS AS UNDERDOGS

It’s concerning that a team who had a worse 2020 record and a new QB is still favored to win on the Giant’s home field.  Don’t get me wrong, Denver isn’t a bad team, but you’d expect the Giants to be further along at this point.

After four years of Gettleman, the O-line is still in flux.  The added weapons have only just begun to get the necessary reps to get up to speed.  Jones had a brief, yet decent preseason showing but it was overshadowed by an INT in the endzone.  Turnovers have been his biggest problem so that didn’t help ease any of our minds.

Daniel Jones has to become a reliable, trustworthy QB that can throw the team on his back and win a game if he has to.  He has to protect the ball at all costs and make better decisions.

For the Giants to be good this year, the following needs to happen:

This team still has everything to prove.  Nobody is going to fear or respect the Giants until they start beating teams into submission.