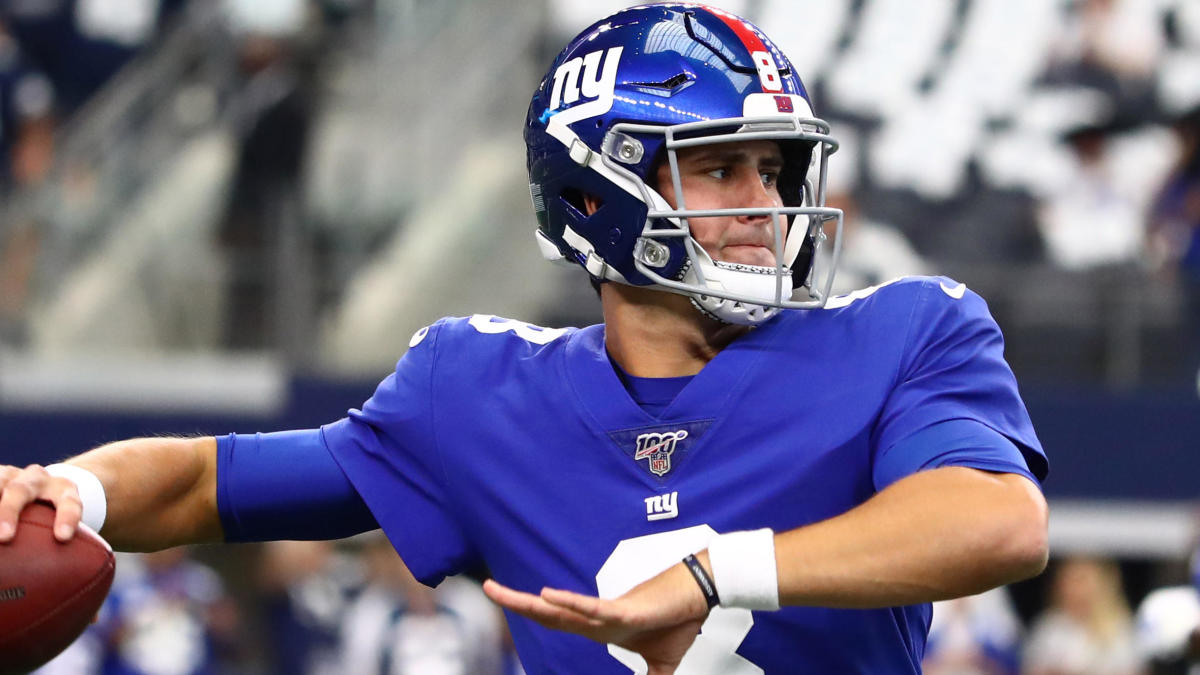 For once, I’m going to take my Giants hat off.  I’ll make believe that when the Giants lose it doesn’t ruin my week.  I’m going to pretend like I don’t have a Giants tattoo on my leg. I’m going game by game, predicting the Giants 2020 record, realistically.

Let’s have a look at the Giants schedule and see what we’re in for.

The Giants aren’t opening up at Dallas!?  About time!

What’s that?  The Steelers are really good?

Mike Tomlin is a super bowl winning coach who boasts a record of 133-74 with the Steelers. They have a great defense.  They have Big Ben back.  This team will be prepared. The Giants youngsters will be under the bright lights for the first time together.

The Gmen will have some good plays but the experience of the Steelers will be the difference in this one.

Okay, we got the first-game jitters out of the way.  Let’s hop on a plane to Chicago and go win a game.

Not so fast.  This is another good defense.

However, I’m not sold on Mitch Trubisky or this Bears offense as a whole. The Giants pull this one out with a couple of huge runs by #26.

Ruh Roh.  This is a VERY good football team that is well-coached and stacked on both sides of the ball.

The Giants face some of the NFL’s best defenses in the first 3 weeks. It would be irresponsible for me to predict a win against this super bowl contender.

They’ve got one of the best, young head-coaches in the league.  Their offense can be dangerous.  They have consistent playmakers in Kupp and Woods. Their defense has studs on all levels including Aaron Donald and Jalen Ramsey.

I see this game turning into a shoot out.  The Giants show a ton of heart but fall just short.

You can see the headlines already.  “Jason Garrett returns to Dallas”

The media will hype this game up big time. The truth, however, is that Dallas is a much better team.  As much as that pains me. They are more talented on both sides of the ball. I think Zeke, Amari, Gallup, and Lamb are just too much for the young defense to handle at this point.

The Giants come back home a little ticked off after Dallas ran away with the win last week. They finally put together a complete game and feast on one of the NFL’s worst teams, whatever their name is.

This will be the third straight division game for the youngsters. They’ll come into this game with some confidence and actually get off to a hot start. I think the Giants will lead at half time but Carson Wentz will make some 4th quarter plays that will be the demise of the Giants this week.

The Giants have lost 11 of the last 12 meetings against the Eagles.  What else do I have to say?

Well this is just awkward.  Tom Brady coming to Metlife?  But it’s not the Patriots, and there’s no Eli Manning.

It’s impossible to predict this game without thinking of the Brady/Giants games of the past. I see this game going much like the Rams game.  Lots of promise.  Lots of scoring.  But the Giants fall short.

The Bucs offensive weapons and great run-defense (featuring JPP) will be too much to handle.

If you want to win a handful of games on your schedule, you absolutely have to beat the Washington football team.  It’s that simple. Giants beat the Harraskins.

Until I see the Giants turn a corner and start to play on the same level, I just can’t predict NY beating them. The Eagles can sniff the playoffs by this part of the season and they’re not going to let the Giants beat them.

I will gladly eat my words if the Giants pull off an upset here.

The Giants won’t lose this week.

It’s time for Joe Judge to shine.  Played 10 games with a record of 3-7.  6 games left. Joe Judge is finally able to make all the necessary adjustments.  He takes the extra week off to implement some new schemes and make some roster adjustments.

You might see some unexpected starters emerge here. The Giants look like a different football team now.  Well coached, balanced, limited penalties and turnovers, etc. GMen get a much-needed road win after the bye against a rookie QB.

Annnnd back to Earth we come.

Seattle has been a consistently competitive team since Russel Wilson arrived.  They are fighting for a playoff spot, having to deal with the 49ers in their division. Russ, Metcalf and Lockett are too much.  The Giants get beat by a playoff-bound team.

NY may not have fans at this game, but they will have something in their corner.  The bitter cold of Metlife Stadium in December. The Arizona Cardinals play like they didn’t want to get off the bus.

The Giants dominate in the trenches and take this one from the visitors.

There will be some juicy story lines for this one.  Beckam returning to Metlife to play against the Giants.

Vernon, Zeitler, Peppers all playing against their former team. There will be some highly motivated players for this matchup. Odell will score.  He’ll probably have a special celebration for us.

But the Giants pull this one out because we have Saquon Barkley and they don’t.

The Giants are riding high off their first winning streak of the season.

Dallas has their playoff spot locked up at this point.  It might be the NFC East title or WildCard.  Either way, they’re in.

They’re not overly motivated for this game other than keeping their foot on our throat. Joe Judge is extremely motivated to end on a good note and prove he’s the right coach for us.

Jason Garrett will be desperate to save face against his former team. The Giants use that to their advantage and pull off a sweet victory to end a season of ups and downs.

Any fan that says the Giants are headed for a deep playoff run this year is either wildly naive or completely blind.

New York has a first-time Head Coach who was given an extremely abbreviated off season and no pre-season games to evaluate talent.  So far, the guy is doing a great job and is handling this uphill battle about as well as he possibly can.

And THAT’S the point.