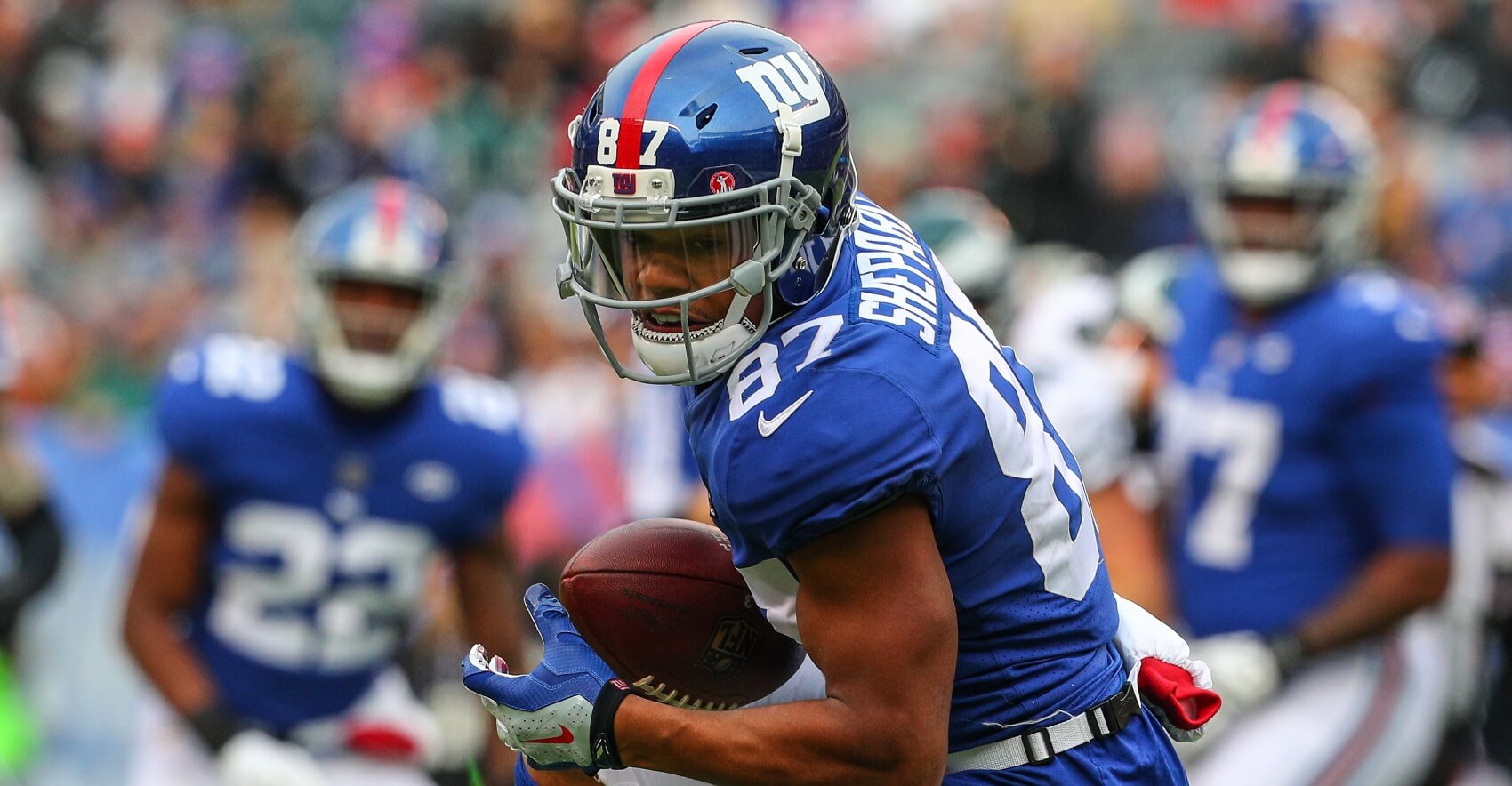 It’s that time of the year folks.  We are dusting off our fancy fantasy hats and getting ready for our August draft parties!  After brainstorming about what awesome new team name you are going to rock in ‘21, the research must commence for which players you are going to target in your draft.  Being that you are here on NY Giants Rush, we are going to keep this to a Giant-centric preview.

Daniel Jones – I think it’s fair to assume that most Giant fans expect a lot more from Daniel Jones in Year Three.  The supporting cast is MUCH-improved, Jones is in Year Two of the same system, and Garrett’s job and coaching future is on the line if he does not get this offense rolling.

Jones does not get enough credit for what he brings in the run game (65 carries last year and 423 rushing yards; should have been 2 TDs without “The Trip”).  Garrett did not fully unleash Jones as a runner until midway through the season, right in time for Jones to badly hurt his hamstring in Week 11.  Look for Jones to run a lot more this coming year.  DJ will have PLENTY of added help with the likes of a new WR1 (Kenny Golladay), his RB1 back in the fold in Saquon, a weapon in Kadarius Toney that can take any touch to the house at any given moment, and a massive Red Zone threat in Kyle Rudolph.  If the Offensive Line improves only a little bit, Jones can be in for a big season.

Add it all up and you are looking at a Top 15 floor for Jones with a potential Top 10 finish if things break right.  Take a chance on DJ late in your draft.  At worst, you will have a VALUABLE trade chip.

Saquon Barkley – IF healthy (a huge IF these past two years) and mentally over his ACL/MCL injury, I truly believe Barkley is a lock for a Top 3 RB season (I can easily make a case for RB1).  The Giants offensive line found their run blocking groove starting in Week 4, averaging 140 rushing yards per game from Weeks 4-13 before hitting the skids Week 14-16 (ended with 125 rushing yards Week 17).  Gallman finished as the RB32 last year despite offering next to nothing in the passing game and only becoming the featured back halfway through the season.

If you want to play it safe, wait to see if you can grab Barkley at the backend of Round 1.  There is always worry about his health (he will be ready in Week 1), but if healthy, you are looking at RB1 potential that can carry a fantasy team.  I am taking him anywhere after 4th pick.

Kenny Golladay – The Giants haven’t had a WR of Golladay’s caliber since Odell.  They haven’t had a WR that provides this type of physicality since Hakeem Nicks.  They haven’t had a WR with this type of length since Plaxico Burress.  You see where I am going with this?  Jones now has his top target that can be his “go-to” despite being covered.  Golladay will go up and win 50/50 balls and is a Touchdown machine.  For that reason, I am not listening to Fantasy “Experts” that are worried about his target share.  I see no reason why he shouldn’t be successful.

Golladay will get back to being a Top 10 fantasy WR in ’21.  He is being severely undervalued, and his ADP (Average Draft Position) should be no lower than the Top 30.  If you can get your hands on him anytime after the 2nd Round, snag him before it’s too late.  People seem to be forgetting that Golladay was the WR6 in 2019.

Sterling Shepard – Shepard moves back to the slot with the addition of Golladay, where he should have always been.  The targets will always be there for Shep, who is a great route runner and first down machine.  The YAC and TDs will always be lacking.

In a PPR league, look to get Shepard in the mid-rounds to provide you with a nice FLEX floor because of said targets.

Darius Slayton – Slayton’s playing time will be diminished with the addition of Golladay and Toney, but I don’t think we will see too big of a drop-off in numbers.  He will be the WR3/4 in the Giants’ offense but should be able to take advantage of playing against weaker Cornerbacks.  Look for fewer targets and catches, but not a huge drop-off in yards and TDs (500-600 yards; 3-5 TDs).

Slayton should be a nice late-round target and stash, especially if Golladay gets hurt.

Kadarius Toney – Tough to project how the first-round pick will fit into Jason Garrett’s offense/scheme.  For that reason alone, everyone will stay away from drafting Toney until much later in their drafts.  I see Toney being a jack-of-all-trades type player, unless there are injuries to the guys above him (a annual Shep injury could pave the way to more targets in the slot).  Look for Toney is a home run threat anytime he touches the ball, so he can provide value even with limited touches on jet sweeps, reverses and wide receiver screens.  It will just be tough to hang your hat on that.

Expecting 500-600 total yards and 2-4 TDs.  Might be able to add a Special Teams TD in there.  Another late-round stash that could excel if things break right but won’t contribute much early.