Film Room: Engram’s Up and Down Season 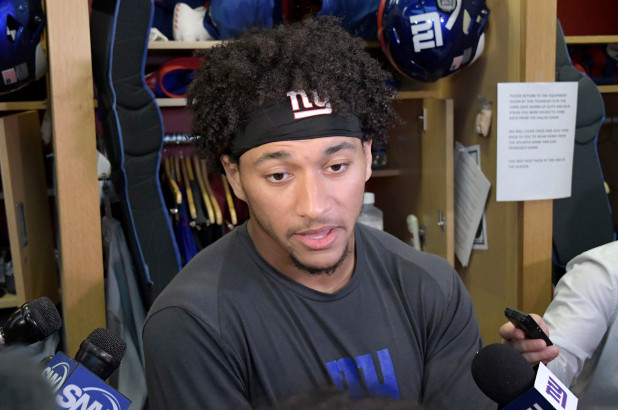 Evan Engram was primed to have a big year and become the Giant’s most dynamic pass-catching target.  This was supposed to be the year everything came together for the former first-round pick.  Entering his 3rd season in the NFL, Engram was in great shape and with Odell Beckham Jr. gone, targets were supposed to be funneled Engram’s way.

Overall, Engram has had a decent start to the season, with two 100+ yard receiving games.  However, his catch % has gone down each of the past two weeks while finishing under 50-yards receiving in each game.  He has scored 3 TDs through seven games.  His numbers are not bad, but they are not where they should be.

Week 7 vs the Arizona Cardinals:

Engram was non-existent.  Engram’s biggest play of the day was an egregious drop on a great throw from Daniel Jones that should have gone for 20+ yards.  Drops have always been an issue for Engram through his first three years. The problem seems to be unresolved.

Engram finished the day with one catch for six yards.  This was against one of the worst defensive units in the league at covering opposing Tight Ends.  This is not what you want to see out of your biggest receiving threat.

Week 8 vs the Detroit Lions:

Engram was able to post better numbers last Sunday against a Detroit Lions team that was missing several members of their secondary.  Engram posted 40 yards receiving and caught a touchdown.  It was a nice bounce-back game for Evan.

He showed his trademark athleticism several times that game.  The problem is, when you have a Tight End that doesn’t excel in the blocking game like Engram, he needs to be a big-time difference-maker as a pass-catcher.  Even against an undermanned Lions linebacker and safety group, Engram didn’t really make a big impact.

We all desperately want Evan to be the answer at Tight End moving forward, but it seems to always be “one step forward, two steps back” for him.  Giants fan’s patience is running thin, and there are even some rumors of Engram being made available for trade.

We need to see more performances like his Lions performance, and he needs to eliminate performances like the one he had against the Cardinals.  The last 9 games of this season will be a huge trial period to see if he is going to be the Giants Tight End of the future.