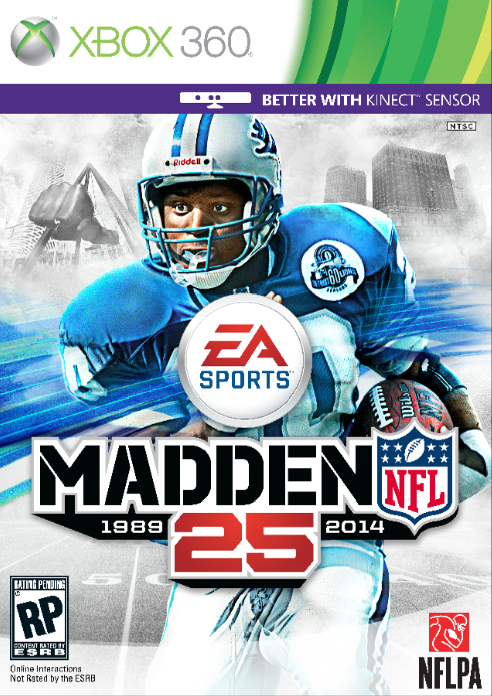 Madden 25! Yes the Madden Power Rankings are out.

The much-anticipated “Madden 25” will hit stores next week.  In this article., we will take a close look at the New York Giants player ratings released for the 25th edition of the game.

On offense, quarterback Eli Manning led the Giants with an overall rating of 91.  This is an accurate rating for Manning as he has demonstrated over his 10 year career that he is the best and most reliable player on the team.

Manning was one of four players with an overall rating of 90 or better along with left tackle Will Beatty (90), guard Chris Snee (90) and wide receiver Victor Cruz (90).

Wide receiver Hakeem Nicks is the closest to the first group with an overall rating of 89.

If Nicks can stay healthy, the game-breaking player should ascend in next year’s rankings.  However, presently for this upcoming season, Nicks is right where he should be.  He is ranked with solid and dependable players such as full back Henry Hynoski (85), offensive linemen Kevin Boothe (82), punter Steve Weatherford (81), and newly acquired tight end, Brandon Myers (81).

One pleasant surprise to this group is new Giants kicker, Josh Brown.  Brown, who was signed this season in place of two-time Super Bowl winning kicker Lawrence Tynes, is ranked at an overall rating of 82 compared to Tynes rating of 78.

Some surprises in the ratings came in for emerging stars such as running back David Wilson and Reuben Randle.  Wilson carries an overall rating of 78 and holds the highest ranking of any of the Giants running backs. Currently a position of concern going into the 2013 season, this group of running backs can use an added chip of confidence from their low ratings.

Randle, a training camp star in his 2nd year, will look to improve and show his grasp of Kevin Gilbride’s offense and continue to gain Manning’s trust.  Randle holds an overall rating of 76.

The “Madden 25’’ rankings seem to be an accurate portrayal of the New York Giants offense.  Young players like Adrien Robinson (69), Jim Cordle (66) and rookie running back Michael Cox (64) will look to prove that their strong training camp and preseason were parts of the season that this Giants team could count on.