Film Room: Eli Manning is Running Out of Time 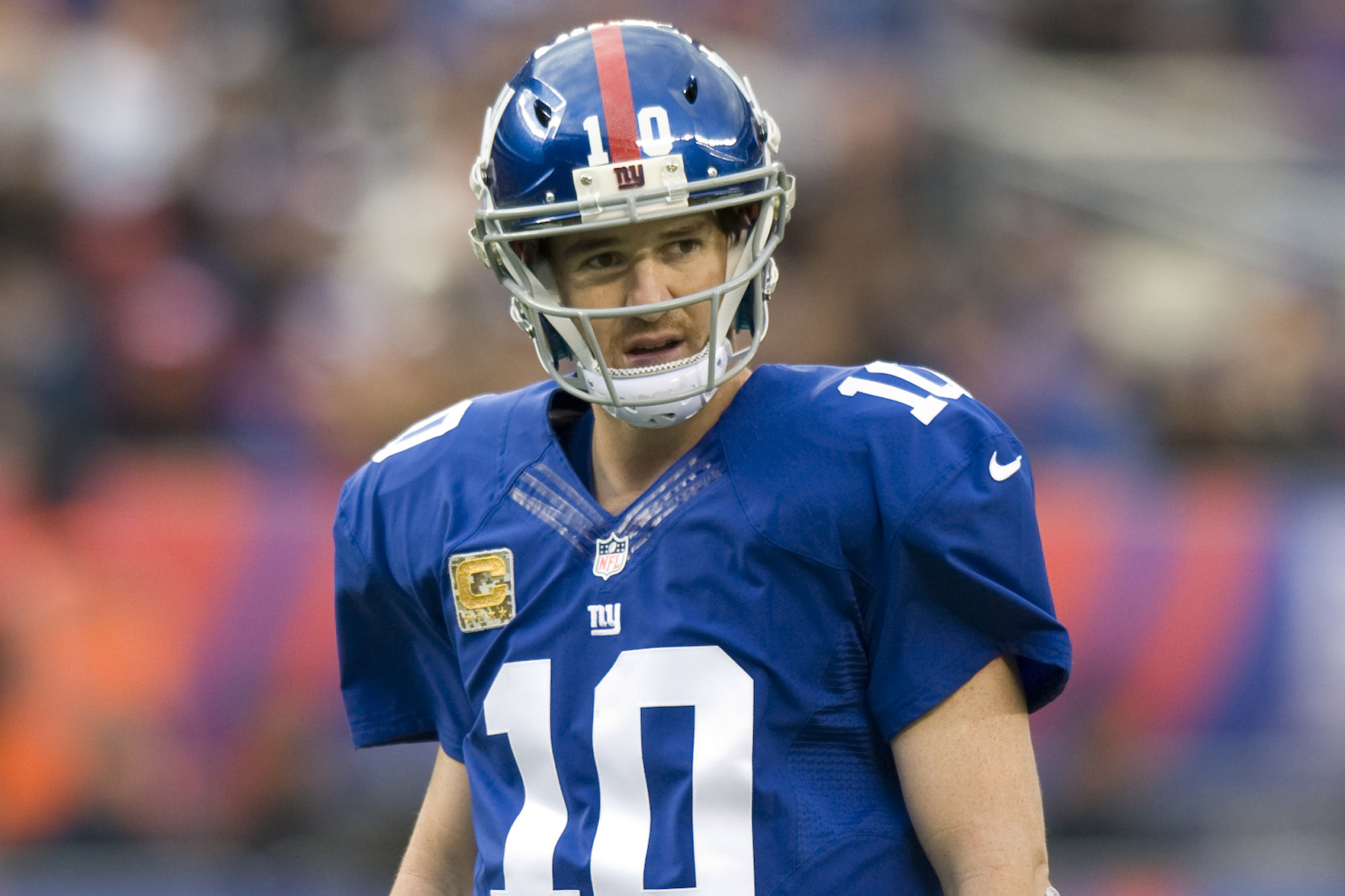 Eli Manning is running out of time.  This can be taken both literally and figuratively.

With the New York Giants backs against the wall Thursday Night, Eli Manning, Pat Shurmur, and the Giant offense failed to show up (excluding Saquon Barkley).  Manning looked panicked all night long, and while a lot of that was due to the constant pressure in his face, he simply could not make a play all night long.  When you are the highest paid player on the team, sometimes, you need to overcome bad situations.  I am not confident that Eli Manning has that ability to carry the team against good pass rushing teams, such as the Eagles.

Manning’s worst performances this season have come against Jacksonville, Dallas and now Philadelphia.  In all three games, Eli was never able to feel comfortable in the pocket.  Given the state of the New York Giant offensive line, this is simply not going to be a luxury Manning will be afforded this season.  It is also not a given that this will be something that will be fixed next year.  In today’s NFL, quarterbacks are expected to make plays when things aren’t perfect.  When plays or drives go off schedule, the Giants and Eli Manning never seem to be able to recover.

Manning started Thursday Night’s game off with a BAD read and threw into tight coverage to third-string tight end Scott Simonson.  The throw, at that time of the game, and to that target, was unacceptable.  The throw led to an interception of course, which set the Eagles up in the Red Zone right off the bat.  Wentz and Co. quickly turned the interception into a 7-0 lead.  That took all the air out of MetLife Stadium and the Giant fan base was never able to get back into the game.

Eli finished the night 24/43 (55% completion percentage), 281 yards, 0 Td’s and 1 int.  Even those stats are deceiving when you consider most of those completions were of the check down variety and in garbage time.  Manning’s throws seemed to have no zip on them all night long.  His accuracy was shoddy at best.  We can keep harping on how bad the Offensive Line was, but that is beating a dead horse.  Good quarterbacks, with the type of weapons Manning has, need to figure out how to put the ball in the end zone.  It starts with looking down the field and stepping up in the pocket.

As a big Eli Manning supporter, it is getting harder and harder to defend these kinds of performances.  With the Giants sitting at 1-5 and Manning’s contract being what it is ($20MM), we are seeing the Manning era coming to a close.  Eli is in desperate need of a big performance against a bad Falcon defense.  A good performance could salvage his season, and possibly the end of this career.  On Monday Night Football when the Giants take on the Falcons, Manning needs only one approach.  Nothing to lose and a sense of urgency to go out with a bang.

Big Blue can’t afford to get into a shootout with Matt Ryan and the Falcons.  The key to any type of success starts with Manning pushing the ball upfield, holding nothing back.

It is because of all this, that Eli Manning “wins” our Week 6 Film Room: Dud of the Week.