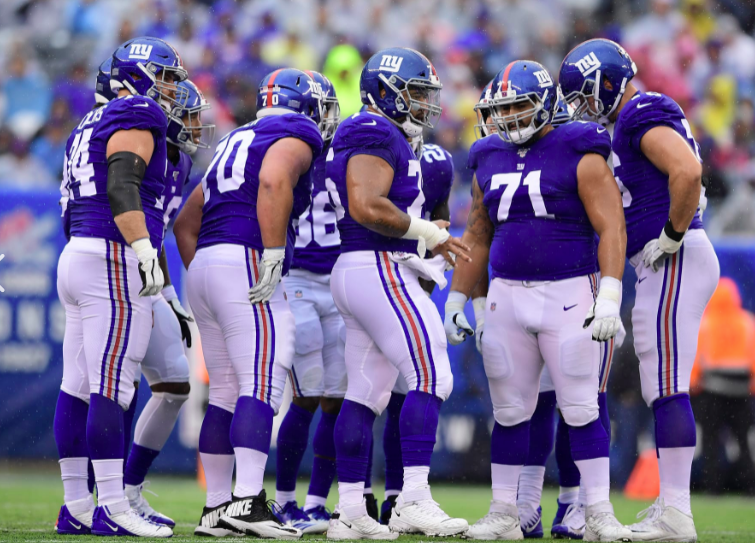 The 2021 New York Giants offensive line may not look much different from the 2020 group; aside from Kevin Zeitler who was cap casualty just before free agency. However; that’s a big glaring hole to replace and since the Giants didn’t address the offensive line in the draft with any of their six picks; what is their plan?

Let’s take a look at the current Giants projected starting line and others on the roster that could have the best chance competing for a starting spot. This will be the 1st of 11 articles spotlighting each position before the start of training camp.

Andrew Thomas- Thomas was the 4th overall pick in the 2020 NFL draft and had an up and down rookie campaign. Most importantly; Thomas finished the season on a high note.

Will Hernandez- Hernandez lost his spot to rookie Shane Lemieux and will have a fresh start in 2021 to regain his starting spot; which I believe he will bounce back and look more like he did in his rookie season.

Nick Gates- Gates was a novice at the center position in 2020 and played well above expectations. Aside from Zeitler, Gates was the most consistent linemen for the Giants in 2020 and is expected to build on his performance and be better in 2021.

Zach Fulton- Fulton at this point and time is being labeled as the starting Right Guard for the Giants, barring any trades/signings before the start of training camp. Fulton has the most experience than anyone else to lobby for the Right Guard spot.

Matt Peart- Peart is expected to be the Right Tackle for the Giants in 2021, but he will have a battle on his hands with the return of Nate Solder. Peart showed some progress in his limited time in 2020 and the Giants are looking for Peart to continue to improve and win the job.

Jon Harrison-Harrison has NFL experience at both the center and guard positions and is viewed primarily as a backup lineman at this time.

Kyle Murphy-Murphy was a UDFA signing in 2020 and has been on the Giants practice squad for the majority of the time improving his game and developing at a steady pace. By all reports, the Giants are high on Murphy and like his versatility and see him a viable backup linemen if he fails win a spot on the starting line.

Nate Solder-Solder opted out of the 2020 season due to COVID-19 and will compete at both Tackle spots and be inserted should either Thomas or Peart suffer setbacks. Solder’s ability to slide into either spot will give the Giants options that they haven’t had in the past on the offensive line.

The hiring of Pat Flaherty (Senior Consultant) along with new Offensive line coach Rob Sale and assistant Ben Wilkerson should help in the development of these linemen. GM Dave Gettleman and Head Coach Joe Judge could look at free agency or the waiver wire as notable players are still expected to be cut to possibly find that missing piece to replace Zeitler.

The Giants did add two notable UDFA linemen in Brett Heggie and Jack Burton into the mix, but neither are expected to secure a starting role on opening day. So once the dust clear’s will the Giants do enough to improve the line or will they be criticized for not drafting an elite lineman in the draft when the opportunities were available.

Keep an eye out for part 2 of 11 where I spotlight the wide receivers.